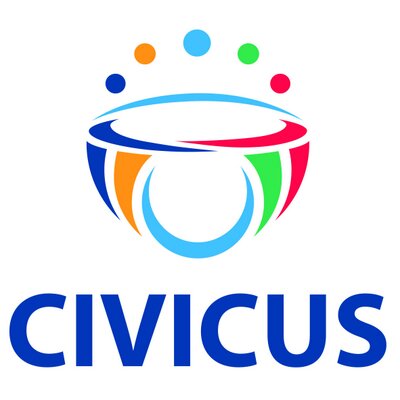 On 27 October 2014, prominent newspaper editor Temesgen Desalegn was sentenced to three years imprisonment on politically motivated charges of provoking incitement against the state. Temesgen and his now defunct newspaper, Feteh, were targeted under Ethiopian Criminal Code provisions.  The charges, which are widely viewed as an attempt to silence independent reporting on sensitive issues, stem from articles published byFeteh on demonstrations organised by Muslim groups and youth activists in 2012.

Earlier this month, three magazine owners were sentenced to sentences ranging from three years and three months to three years and eleven months in absentia. They are Endalkachew Tesfaye of the Addis Gudaymagazine, Fatuma Nuriya of Fact, and Gizaw Taye of Lomi. The charges levelled against them included “inciting violent revolts, printing and distributing unfounded rumours and conspiring to unlawfully abolish the constitutional system of the country.” In August 2014, the Ministry of Justice accused six weekly papers of committing unsubstantiated crimes against the state. There are concerns that the three other newspapers listed in the communique, including Afro-Times, Enqu and Jano, will also be targeted.

“The recent convictions are indicative of the intolerance of the Ethiopian state towards any kind of dissent. It is a widely held view that the current government is becoming particularly sensitive to public scrutiny as it readies for national elections in May 2015,” said Mandeep Tiwana, Head of Policy and Research at CIVICUS. “With at least 17 journalists and bloggers currently imprisoned in Ethiopia, the country is believed to be the second largest imprisoner of journalists in Sub -Saharan Africa after Eritrea.”

In addition to the wilful misapplication of the Criminal Code, sweeping provisions of Ethiopia’s 2009 Anti-Terrorism Proclamation continue to be invoked to silence journalists and human rights defenders. On 17 July 2014, six members of the blogger’s collective, Zone 9, and three independent journalists, were charged with planning terrorist acts and committing outrages against the Constitution under the Anti-Terrorism proclamation and Ethiopian Criminal Code.

In addition, a seventh member of Zone 9, Soliyana Gebremicheal, who also coordinates the Ethiopian Human Rights Project, was charged in absentia with leading the group. As justification for the charges, the public prosecutor pointed to Soliyana’s recent involvement in a digital security training organised by international human rights groups.

“In the run up to national elections, the increasing trend of arbitrary arrest and detention, politically motivated prosecutions, and intimidation of independent voices within civil society is deeply concerning,” said Soleyana Gebremichael, of the Ethiopia Human Rights Project. “Similar trends were notable in the run-up to the 2010 national election, in which the ruling EPRDF party won 99.6% of parliamentary seats.”

The escalating crackdown in the country comes at a time of growing concern among the international community over Ethiopia’s disregard for its national and international human rights obligations. In September this year, six independent UN experts urged the government to cease misusing the Anti-Terrorism proclamation to curb the rights to freedom of expression and association. In May 2014, the UN High Commissioner for Human Rights alsoraised concern about the climate of intimidation of human rights defenders in Ethiopia.

“In Ethiopia over the last five years, we have seen the wholesale disappearance of the human rights community, with countless human rights defenders forced into exile due to heavy-handed and manifestly unlawful state tactics aimed at undermining their work,” said Hassan Shire, Executive Director of the East and Horn of African Human Rights Defenders Project. “Throughout 2014, the risks facing journalists and independent human rights voices have reached unprecedented new heights.”

The Ethiopian government continues to ignore calls from the international community to institute substantive reforms to rectify the human rights situation in the country. In September 2014, during the adoption of its UN Universal Period Review Report, Ethiopian authorities refused to accept a number of recommendations to release imprisoned journalists and activists in the country or revise the Anti-Terrorism proclamation, despite calls from civil society organisations and a number of governments.

CIVICUS, the East and Horn of Africa Human Rights Defenders Project, and the Ethiopia Human Rights Project urge Ethiopia’s trade and development partners to engage with the Ethiopian government with a view to ending the on-going crackdown on human rights defenders and civil society.