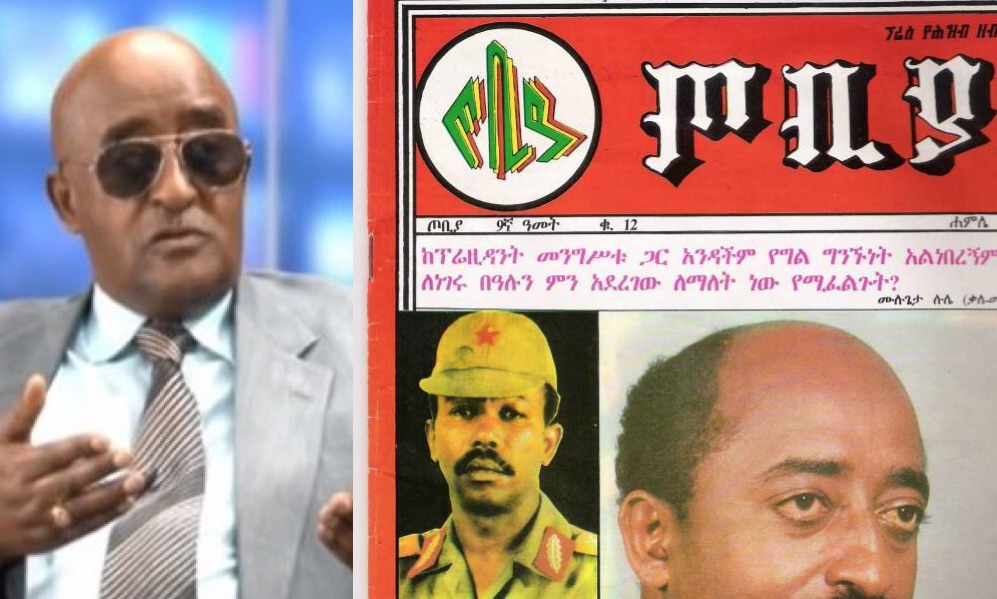 WASHINGTON, DC – Mulugeta Lulle, a veteran journalist and political analyst, died October 4 at his home in Alexandria, Virginia. He was 75.

Mulugeta Lule was a contemporary of the great novelists of the ’70s, standing tall among the iconic figures of the time: Ba’alu Girma, Sebhat Gebregzabher, Berhanu Zerihun, among others. Unlike his colleagues, Mulugeta spent much of his time in Ethiopia as a government official. Before the change of regime in 1991, Mulugeta was general manager of the influential Ethiopian Press Department, the office which published the leading newspapers of the country such as ‘The Ethiopian Herald’, ‘Addis Zemen’ and ‘Yezareitu Ethiopia.’

As head of the Press Department, Mulugeta was also a participant in journalism workshops, teaching the basics of writing news and commentaries to young employees of the different newspapers, including the Arabic Al-Alem and the Oromiffa Berisso. There was no doubt Mulugeta was a master in his field.

In 1991 when the EPRDF overthrew the Derg regime and took the reigns of power, Mulugeta Lulle authored Atfeto Metfat, a book that chronicles the failings of the Derg military regime. Despite his experience as a veteran journalist, Mulugeta was never spared of being expelled from his job.

Yet after his departure from the Information Ministry, Mulugeta and friends launched Tobia, an Amharic magazine that would be the darling of the public readership but a bone in the throat of the ruling party.

Despite EPRDF’s ‘press freedom’ rhetoric, Tobia staffers suffered numerous setbacks in the hands of the EPRDF regime. Editors and reporters were spending much of their time in courts, defending their cases that either landed them in jail or exacted heavy fines.

After an uphill battle, Mulugeta realized that he had no chance of escaping arrest, and went into exile in the United States. Despite the hurdles of life for an immigrant, Mulugeta had the time to write engaging articles under the pen names of Tsegaye Gebremedhin Araya and Seneshaw Tegegn. Almost all commentaries were shots fired at the TPLF/EPRDF regime.

As a family man, friends remember Mulugeta as reserved and yet forthcoming, aloof and yet engaging, withdrawn and yet joke-cracking. Mulugeta is survived by his wife and children