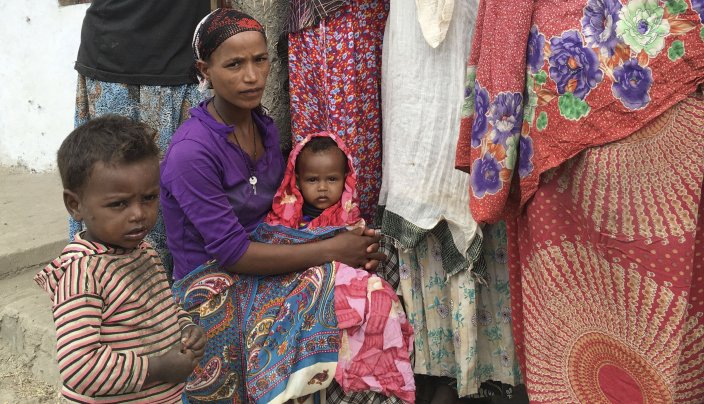 Updated | Press freedom in Ethiopia is dwindling in light of recent anti-government protests and the severe drought in the Horn of Africa state, according to a journalists’ association.

Two journalists and a translator were arbitrarily detained for 24 hours on Thursday when reporting on the protests in Oromia, according to a statement issued by the Foreign Correspondents’ Association of East Africa (FCAEA) on Monday. Bloomberg correspondent William Davison and freelance journalist Jacey Fortin, along with their translator, were not given any reason for their detention. Their phones and identification cards were taken during the arrest.

Protests among the Oromos, who constitute Ethiopia’s largest ethnic group, have been ongoing since November 2015 and were originally directed against plans by the federal government to expand the capital Addis Ababa. At least 140 protesters were killed between November 2015 and January, according to Human Rights Watch (HRW). The Addis expansion plans were dropped in January but the protests—which have morphed into a general expression of dissatisfaction with the government among Oromos—have continued and demonstrators are still being subjected to “lethal force,” HRW said on February 22. The Ethiopian government has said that “destructive forces” —including some from neighboring Eritrea—have hijacked the protests and would be dealt with decisively.

Davison told Newsweek that the risks of reporting on certain topics in Ethiopia is too high because of the threat of detainment. “It was a shock to be held overnight in a prison cell and not be given any explanation of what we were being held for,” says Davison. The “very heavy and militarized response” to the Oromo protests “raises the chance that reporters are going to be obstructed from doing their work,” he says.

The FCAEA said that the detentions marked “a worrying escalation” in Ethiopia, which already has a poor record for allowing journalists to operate freely. Ethiopia was ranked 142nd out of 180 countries in terms of press freedom in 2015 by non-profit organization Reporters Without Borders, which recorded six newspapers closing and more than 30 cases of journalists fleeing abroad in 2014. “Ethiopia is well-known for its tough stance on journalists but this is a worrying spike of arbitrary detention of media workers at a time of increased interest in Ethiopia,” says Ilya Gridneff, chairman of FCAEA. “Journalism is not a crime and those in Ethiopia should not be treated as criminals.”

Abiy Berhane, spokesperson for the Ethiopian Embassy in London, told Newsweek that the Ethiopian constitution guarantees freedom of the press but that journalists are expected to comply with the terms of their accreditation. Berhane says that Davison and Fortin were “engaging in activities which violated the terms of their [press] accreditation” in the town of Awash in central Ethiopia and were subsequently asked to return to the capital. Berhane also says that the translator was in fact “someone affiliated to opposition groups that are working tirelessy to foment trouble and incite violence.”

Coupled with the Oromo protests, Ethiopia is currently experiencing its worst drought in around 50 years, partly due to the El Nino weather pattern. Up to 15 million people in the country require emergency humanitarian food assistance. The United Nations and Ethiopia are appealing for $1.4 billion to feed more than 10 million Ethiopians, making the crisis the third-largest global humanitarian appeal after Syria and Yemen.