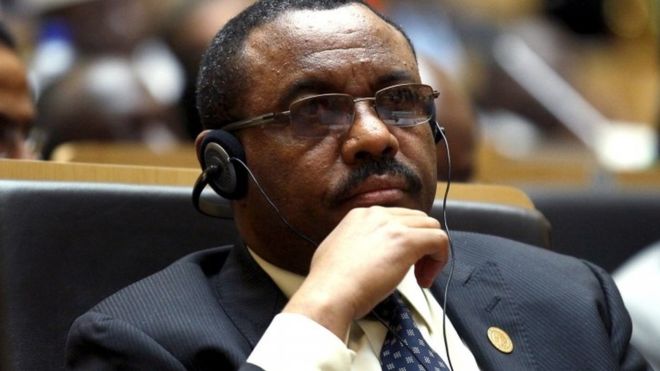 Ethiopia’s prime minster has apologised for the death and destruction caused by protests in the Oromia region.

But Hailemariam Desalegn, addressing parliament in the capital, Addis Ababa, said “anti-peace forces” were responsible for the violence.

He said that the government needs to listen to the grievances of the people.

Oromia has been hit by months of unrest, in which 200 people have reportedly died – a number disputed by the government.

The authorities deny that security forces have been involved in a violent crackdown.

The protests began over government plans to expand the capital’s administrative control into the Oromia region, which have since been dropped.

Oromia at a glance:

The government later dropped the plan, but protesters dismissed the decision as “too little too late”.

Oromia is Ethiopia’s largest region and the Oromo people, who make up a third of Ethiopia’s population, have complained of historic economic and political marginalisation.

Mr Hailemariam told parliament that “anti-peace forces… in a bid to divert the people’s legitimate questions… have inflicted losses on human lives and government and private property”.

But according to messages on the ministry of foreign affairs Twitter feed, the prime minster admitted the problems in Oromia “are direct results of unresponsiveness and unemployment”.

He added that the government recognises the need to address grievances and said it “unreservedly apologises to our people for what happened”.

However, the government “will intensify their decisive actions against the anti-peace forces,” he said.