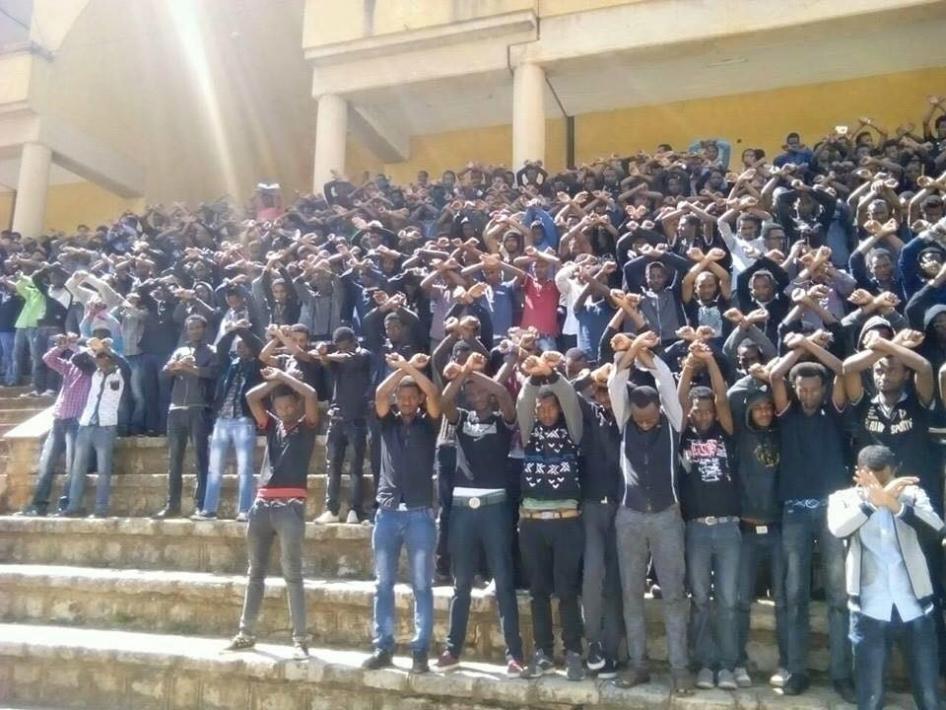 For the past six months, thousands of people have taken to the streets in Ethiopia’s largest region, Oromia, to protest alleged abuses by their government. The protests, unprecedented in recent years, have seen Ethiopia’s security forces use lethal force against largely peaceful protesters, killing hundreds and arresting tens of thousands more.

The government is inexorably closing off ways for Ethiopians to peacefully express their grievances, not just with bullets but also through the courts. In recent weeks, the Ethiopian authorities have lodged new, politically motivated charges against prominent opposition politicians and others, accusing them of crimes under Ethiopia’s draconian counterterrorism law.

Just last week, Yonatan Tesfaye Regassa, the head of public relations for the opposition Semayawi Party (the Blue Party), was charged with “planning, preparation, conspiracy, incitement and attempt” of a terrorist act. The authorities citied Yonatan’s Facebook posts about the protests as evidence; he faces 15 years to life in prison, if convicted.

In April, Bekele Gerba, deputy chairman of the Oromo Federalist Congress (OFC), Oromia’s largest registered political party, and 21 others, including many senior OFC members, were charged under the counterterrorism law, four months after their arrest on December 23, 2015. Bekele is accused of having links with the banned Oromo Liberation Front, a charge frequently used by the government to target ethnic Oromo dissidents and others. Deeply committed to nonviolence, Bekele has consistently urged the OFC to participate in elections despite the ruling party’s iron grip on the polls. Bekele and the others have described horrible conditions during their detention, including at the notorious Maekalawi prison, where torture and other ill-treatment are routine.

The authorities also charged 20 university students under the criminal code for protesting in front of the United States Embassy in Addis Ababa in March, 2016. The “evidence” against them included a video of their protest and a list of demands, which included the immediate release of opposition leaders and others arrested for peaceful protests, and the establishment of an independent body to investigate and prosecute those who killed and injured peaceful protesters. They face three years in prison if convicted.

The Ethiopian government is sending a clear message when it charges peaceful protesters and opposition politicians like Bekele Gerba with terrorism. The message is that no dissent is tolerated, whether through social media, the electoral system, or peaceful assembly.