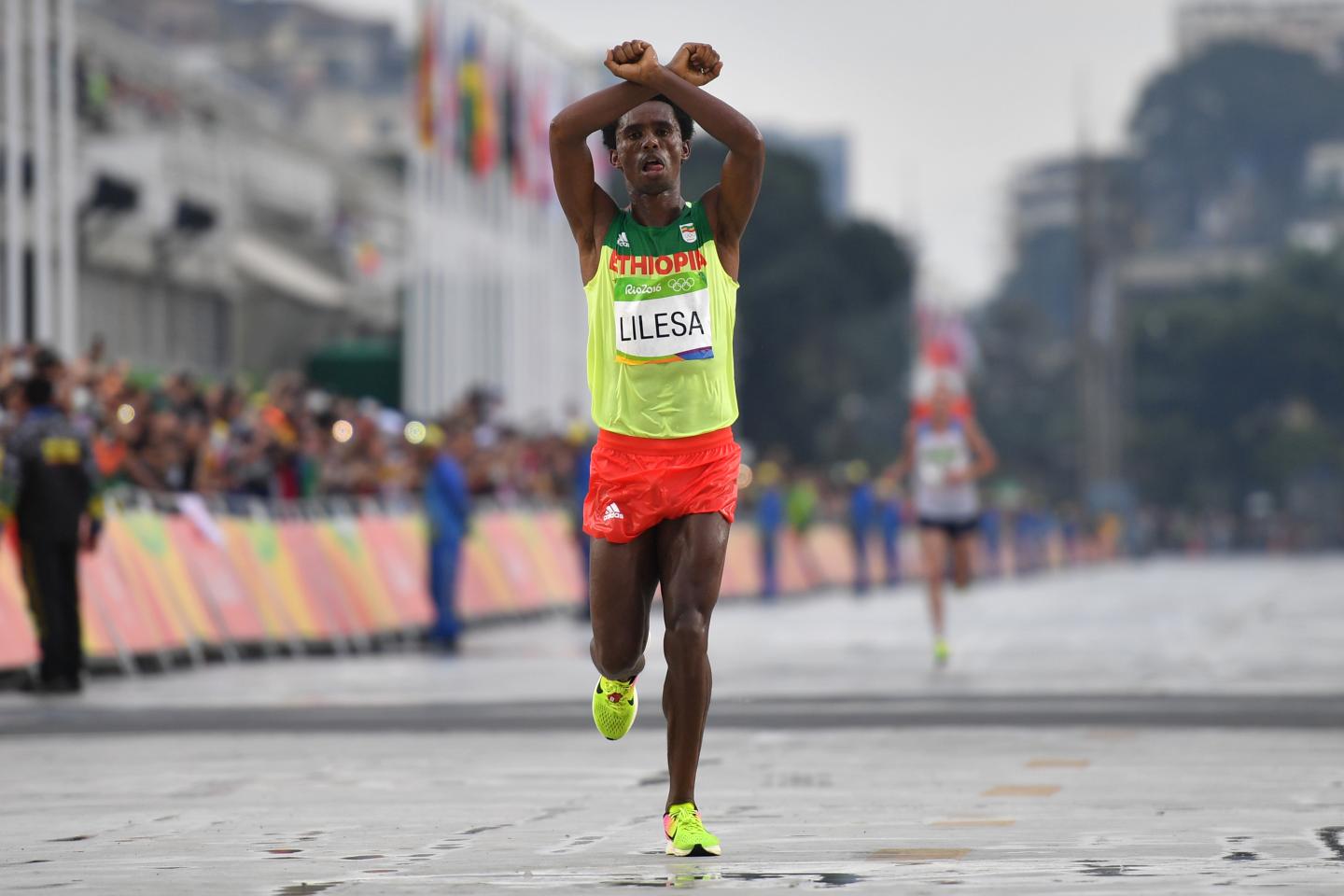 A crowdfunding campaign for Ethiopian runner Feyisa Lilesa has raised more than $40,000 in one day after the Olympic silver medallist made a political gesture that he fears could cost him his life.

Support the fund at https://www.gofundme.com/2kykuuxs

Lilesa, 26, crossed his arms above his head as he came second in the men’s marathon in Rio de Janeiro on Sunday, and then made the same gesture at a press conference. The athlete is a member of the Oromo ethnic group, hundreds of whom have reportedly died in clashes with Ethiopian security forces in the region of Oromia since November 2015.

The athlete said that his gesture—which could see sanctions from the Olympic authorities—was in solidarity with the Oromo people. “The Ethiopian government is killing my people so I stand with all protests anywhere as Oromo is my tribe. My relatives are in prison and if they talk about democratic rights they are killed,” said Lilesa, according to the BBC.

The crowdfunding campaign, which kicked off on Sunday, has increased its fundraising goal several times due to the abundance of donations. The current goal is set at $50,000. “Feyisa Lilesa faces persecution if he goes back to Ethiopia and has decided to seek asylum. Funds are needed to support him and his family in the meantime,” the campaign stated.

It is not clear where Lilesa intends to move, but the athlete said in an interview after his Olympic run that he had a wife and two children in the Ethiopian capital Addis Ababa.

Ethiopia’s information minister Getachew Reda rebuffed Lilesa’s claims that he would be targeted if the athlete returned to his home country. Reda said that the government had no reason to arrest Lilesa and respected his political opinion, the BBC reported. Newsweek contacted the Ethiopian embassy in London for a comment on the issue but had received no response at the time of publication.

Protests broke out in the Oromia region—which encircles Addis Ababa—in November 2015 over government plans to expand the capital’s territory. Opponents said that this would result in forced evictions of Oromo farmers and seizure of farmland.