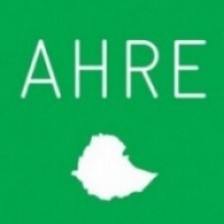 The Association of Human Rights in Ethiopia (AHRE) expresses deep concern over the Ethiopian Government’s continued use of force against protesters in both Amhara and Oromia region. AHRE calls on the Ethiopian authorities to immediately stop  the use of excessive, unnecessary  and lethal  force by security forces against protesters in these regions and elsewhere in Ethiopia. AHRE also calls for the immediate and unconditional release of journalists, human rights defenders, political opposition leaders and thousands of protesters who were arbitrarily detained during and after the protests.

Local and international human rights organizations have reported that around 600 demonstrators have been killed in both regions. Since December 2015 in Oromia region alone, more than 500 have been killed. The intensified and widespread protests in several cities and towns of Northern Amhara region have cost the lives of dozens of protestors. During the three days  of protest, 5-7 August 2016, around 100 were killed and many others were wounded by security forces in various locations of the Amhara and Oromia regions.

Another round of clashes broke out on Monday, 29 August 2016 after a three-day ‘stay at home’ protest in Gondar and Gojjam. According to local sources, in the last four days more than 70 protesters have been killed and many others sustained injuries by security forces’ live bullets in different cities and towns in Northern Amhara region.

AHRE  has received reports and gathered the following information from local sources.

AHRE urges the Ethiopian authority to: