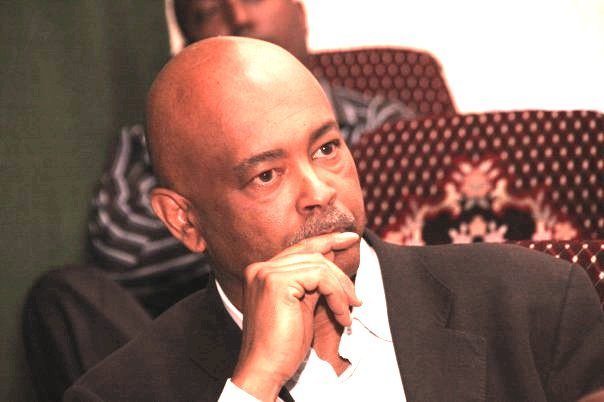 “Society in every state is a blessing, but government even in its best state is but a necessary evil; in its worst state an intolerable one”. Thomas Paine

Last week someone asked me what would I say are the three immediate problems facing Ethiopia today, and how would I want them to be addressed. The following is my candid response. But first some thought about Ethiopia today. Most of you will have seen the sickening video footage of people running away from bullets and jumping into deadly ditches at the Ireecha festivities in Bishoftu, Oromya. Blame for all of this rests squarely on the Hailemariam administration, which is no longer prepared to tolerate even the truncated display of peaceful protest. It has deliberately (or not) created the conditions for a civil war to erupt. Everywhere in Oromiya today, there is mass social and political discontent directed against the ruling party. The fight against the regime now will be difficult to contain, and the resulting crisis, for better or for worse, will affect many aspects of our lives including the unity of the country.

It’s time for Oromos, Afars, Amharas, Tigrays, Somalis, Welaytas and the rest of us, to reach consensus on the type of society we want to live in. Indeed, if we fancy modernizing our country by reforming its institutions and replace the detrimental with the constructive we need to start this debate immediately. Well-informed people know that nations do break up like empires. Sometimes the process is inevitable, sometimes precipitated by folly. EPRDF should not commit an act of folly by attempting to direct the state on its own term i.e. by force. That would not be in anybody’s interest. Instead it should conduct considerable discussion and consultation with opposition leaders and genuine community leaders to hold the country together by strengthening the democratic influence and rights of the people. There is no other alternative.

Now, here are my eight [not three] comments [with no particular order of priority] to avoid the unwanted dismemberment of Ethiopia and move the country forward. None of these arguments are new. They have been discussed in great detail in the past twenty years.

1. Understanding of the problem: The current problem of Ethiopia, argue EPRDF politicians, is lack of good governance; and the solution, they say, is a mix of new appointments to top positions, some recruited from within the party, others coming from outside. Even on this deceptively simple issue, agreement has apparently not come easy.

But wait…What about the other serious problem.

From where we stand, the most serious problem is not personnel, rather the unwillingness of EPRDF leaders to accept that citizens are truly tired of a ‘democracy’ dominated by TPLF as the leader of the EPRDF. Now that memories of the horrors of the Derg period are fading, people demand more political rights and participation. Change in personnel isn’t going to cut it. At best, it may give us people who think things are under control…ministers who believe the present system works…and that it will deliver transformation….but real change? Nope.

The problem is that people have lost confidence in the system: a system that divide rather than unite, a system that dominate rather than liberate. Too bad the folks at EPRDF can’t see this. The question to answer is what kind of nation are we building? Are we in favor of one nation, albeit with distinct identities (like Switzerland) or rather separate multiple independent nations dominated by TPLF? This issue may seem for many settled and done and printed in black and white in the constitution, but the question of how to balance the promotion of national cultures with the creation of multinational statehood was never fully resolved in Ethiopia, or anywhere in the world for that matter.

The increasing rebellion, injuries and casualties that we all witnessed and continue to witness are the clearest early indicators of this failure. The time to reflect and engage citizens based on consultation and co-operation about holding the state of Ethiopia together is now. Fortunately despite the crisis there is still TODAY enough support within the broader public to wish to retain and nurture the unity of the state of Ethiopia. I underline TODAY, because history tells us that on such a fundamental issue opinion can change decisively over night.

2. Commit to revising the constitution: The Constitution of “We, the nations, nationalities and the Peoples of Ethiopia…” (which is historically and ideologically rooted in TPLF cultures) is full of ambiguities, so outmoded, so dangerously ethno-nationalist that it has already created and solidified to a varying degree, distinct states, some more homogeneous (Tigray, Somali Region, Afar) than others, together with local elites that increasingly give allegiance to their ethnic state rather than the state of ‘Ethiopia’.

Perhaps it’s time for a new political order to redefine a new Ethiopia. An Ethiopia that is negotiated among all parties of the federal state (bottom up), not on terms laid out by TPLF, but rather on terms agreed by all administratively recognized ethnic groups with equal representation regardless of size or population. It’s important for TPLF (assuming it’s committed to a multi state united Ethiopia) to immediately pledge to the revision of the constitution and facilitate the process to calling a constitutional convention. On this matter, as they say: Time is of the essence.

3. Order the military and security forces back to their barracks: Today state repression should be unthinkable. Attempting to solve what is a political problem with force and violence will not bring a long term solution. By the way, even if the EPRDF come to re-establish a new administration say, in Oromiya and Amhara, will it really be obeyed: each village will be a nest of resistance, each former associate an enemy.

4. Rule of Law: A good nation must abide by the Rule of Law. We need a Justice Ministry that understands the importance of rule of law and will be committed to it. There is too much injustice and disappointment in this country. Memoirs will show this Government to be the most corrupt in the history of Ethiopia. That’s why we must demand an honest and courageous Attorney General – one who would rather resign than do something anti-constitutional or sell out our nation. The first thing that needs to be done is release all political prisoners, establish an independent panel to investigate “thoroughly” the allegations of corruption in government and ‘private sector’. All those matters that demand audit and investigation should be audited and investigated. Corruption is the “first cousin” to prejudice. It limits high performance in management and fiscal excellence.

5. Discourage ethnic based separatist parties: How can one reconcile the fact that TPLF, which is a political movement as well as an ideology of values, concepts and ideas that advocates independence for Tigray region, can at the same time root for national unity. The same can be said of the ‘puppet’ parties organized along the same logic. Clarity is in order on this issue. The fact is Ethiopia has been good for Tigray – for its economy, its openness, its culture, its visibility and its national clout; and if TPLF has not gone the ‘independence’ way it is not out of any misty-eyed Ethiopian patriotism, but because it knows that its bread is buttered in Addis Ababa.

6. Announce new elections and reform: The recent incidents in Oromiya and Amhara regions have left Ethiopia a more divided society than ever before. The government should take responsibility for its failure to preempt the slow burning bad governance issues causing growing discontent and anger, and leading the country to a possible violent breakup. All this because of lack of space for dissent. Indeed the total absence of any opposition in parliament made proper democratic functioning impossible in the country. New legislation could not be properly tested. Committees could not fully examine their issues. Political energy got channeled away from where it could do most good. Most critically, this situation undermined public confidence in government institutions and thereby discouraged public willingness to engage fully and constructively in democratic processes. So political dialogue is definitely very important. Democracies need dialogue to resolve issues, and Ethiopia is no exception. The EPRDF should announce an independent commission to study and recommend reforms that will make the government more representative, with some form of proportional voting system that is fair and competitive.

7. Free the Media: Ethiopia’s constitution affords its citizens freedom of speech and press, but the opacity of media regulations allows authorities to crack down on news stories by claiming that they expose state secrets and endanger the country. The definition of state secrets in Ethiopia remains vague, fostering censorship (including self censorship) of any information that authorities deem harmful to their political or economic interests. The media has to be free so that government officials can be easily exposed if they abuse or misuse the power they have. Corrective action should be immediate.

8. Issue a new ID card without ethnic identification: Here is another example reinforcing division amongst people supposedly of one nation. An immediate Must Change policy is in order.

How can this ‘movie’ possibly have a happy ending? Let me just say this, each of us has a choice. We can actively participate in the great initiative to keep our country united in the interest of all the people in Ethiopia; or do nothing, and see us loose our country. As Gandhi noted: ‘The future depends on what we do in the present.’ Now, more than ever, we must uphold that responsibility. What will you do?