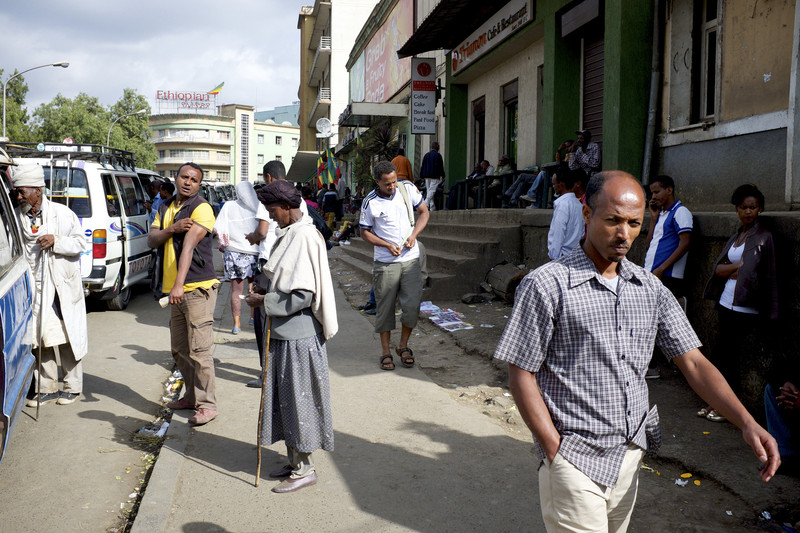 In January, the European Parliament passed a 19-point resolution condemning the Ethiopian government’s brutal crackdown on protests that had left more than a hundred dead. Many Ethiopians rejoiced at the resolution. I read it to some Ethiopian friends, who cried.

They had assumed Ethiopia was part of an international order in which no Western institution would dare criticise a trusted ally despite the government’s brutal repression.  They hoped the resolution would be a watershed in Europe’s relationship with Ethiopia.

But in the nine months since, the European Parliament’s outrage has not been matched by the European Union or its member countries. This despite the hundreds more Ethiopians killed throughout the country, the detention of tens of thousands, and widespread torture in detention, as we have documented.

Instead, on the sidelines of EU Development Days in June, High Representative Frederica Mogherini and Ethiopian Prime Minister Hailemariam Desalegn worked on a joint declaration “Towards an EU-Ethiopia Strategic Engagement” that proclaimed business as usual. While demonstrators were being shot, journalists and opposition members locked up, and peaceful activists punished, the EU was silently signing the cheques.

EU officials are quick to point to rare but tepid statements expressing concern for Ethiopia’s human rights situation but it’s not enough. The October 12 European parliamentary hearing on Ethiopia could be the catalyst for much stronger action —built on a willingness to use the considerable leverage that comes with providing various forms of support to the Ethiopian government, including €745 million in European aid for 2014-2020.

Ethiopia’s protests began last November in the largest region, Oromia, over the government’s development plans. Protests soon spread to the Amhara region where grievances focused on complex questions of ethnic identity and the dominance in economic and political affairs of people with ties to the ruling party.

Security forces have shown no intention of changing their heavy-handed tactics, and the government hasn’t been willing to discuss the issues. The cycle of demonstrations and brutal government responses is feeding Ethiopia’s biggest political and human rights crisis in decades.

How this plays out could jeopardise Europe’s long-term interests in the Horn of Africa.

Ethiopia’s current crisis came as a surprise to many European policymakers, but it follows years of systematic government attacks on fundamental rights and freedoms, cutting off dissent.

Despite widespread frustration with the government, the ruling party is able to hold every one of the seats in the federal and regional parliaments.  The courts have shown little independence on politically sensitive cases, misusing  an anti-terrorism law to punish peaceful dissent.

There is little scrutiny of abusive security forces in part because of restrictions on independent media and NGOs. All of this has contributed to the complete closure of political space, creating the perfect storm.

An international investigation is needed

The EU is among many donors that have historically been silent about Ethiopia’s human rights abuses, afraid to risk strategic partnerships on development, migration, peacekeeping, and security.

Foreign diplomats and development organisations working in Ethiopia understand that you limit public criticism in exchange for access. The EU claims that “quiet diplomacy” is the most effective way to push Ethiopia in the right direction.

But given the dramatic deterioration in Ethiopia’s human rights record it’s hard to argue that this approach works.

Offering government benefits in exchange for silence is something many Ethiopians, particularly in rural areas, have known for years.

Ethiopia’s government carefully controls access to the benefits of development– including seeds, fertilisers, food aid, and jobs, much of it funded by the EU and its members.

To their credit, some African institutions have broken rank and expressed concern over the killings, including the African Commission on Human and Peoples’ Rights and the African Union. And the United States, a key ally of Ethiopia, has been stronger than usual in condemning the use of lethal force, with forceful resolutions introduced in the US House and Senate.

The EU needs a new approach to Ethiopia. Strategic relationships will become obsolete if Ethiopia plunges further into crisis, and all the signs are there.  As a valuable friend, the EU needs to push Ethiopia to respect divergent views, and rein in forces who rapidly turn to bullets, beatings, and mass arrests.

Ethiopia’s current approach to dissent guarantees future unrest and makes it less likely that the government will be able to find a way back to gain the trust of its citizens, all of which jeopardises the EU’s long term interests in the Horn.

The EU and its member states should continue to push for an international investigation into the killings, press the government to grant the UN access to investigate, and urge the government to hold to account security force members responsible for abuses.

By taking these steps, the EU and its member states can improve the potential for Ethiopians to be stable long-term partners.