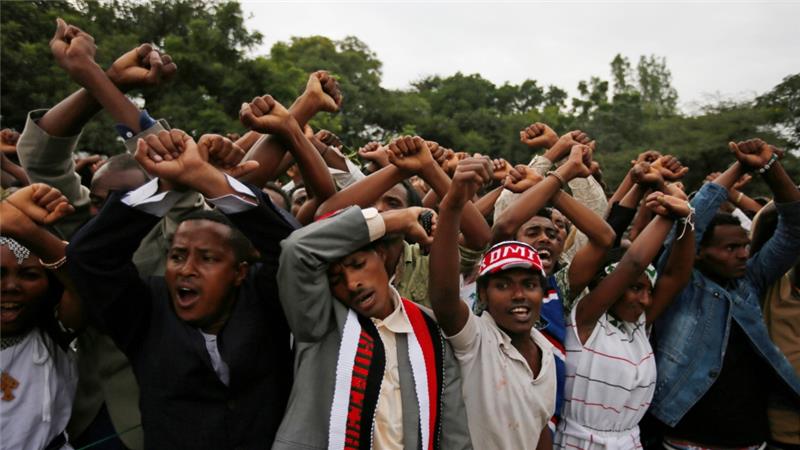 A ministerial cabinet meeting of the Federal Democratic Republic of Ethiopia (FDRE) government, chaired by Prime Minister Hailemariam, has declared a state of emergency throughout the country effective as of yesterday Oct. 08, 2016. The decision came after a daylong emergency meeting of the cabinet of PM Hailemariam.

The first since the coming into power 25 years ago of the ruling EPRDF, the state of emergency is expected to be approved by the lower chamber, Ethiopian House of People’s Representatives, after it is tabled by the Prime Minister within the text week, according to information.  Ethiopia’s constitution allows the Prime Minister to table a bill for a state of emergency to the lower House of Representatives for approval.

It is not clear as to what exactly will be included within the provision of the state of emergency. However, it is expected to give security greater leverage to crush growing protests engulfing the country.

The ongoing intensive protests particularly in Oromia regional state, following mass death of civilians at the annualIrreecha festival last Sunday Oct. 2nd.  A hysteric stampede was caused as a result of security officers’ act of firing live ammunition and rubber bullets into the air, as well as teargas bombs in the middle of major parts of a gathering of millions.

Since a week, officials have shut down mobile internet, blocked social media in most parts of Oromia and all of Addis Abeba, the capital, and significantly slowed down broadband internet as a result of protests happening within short radius of the capital.