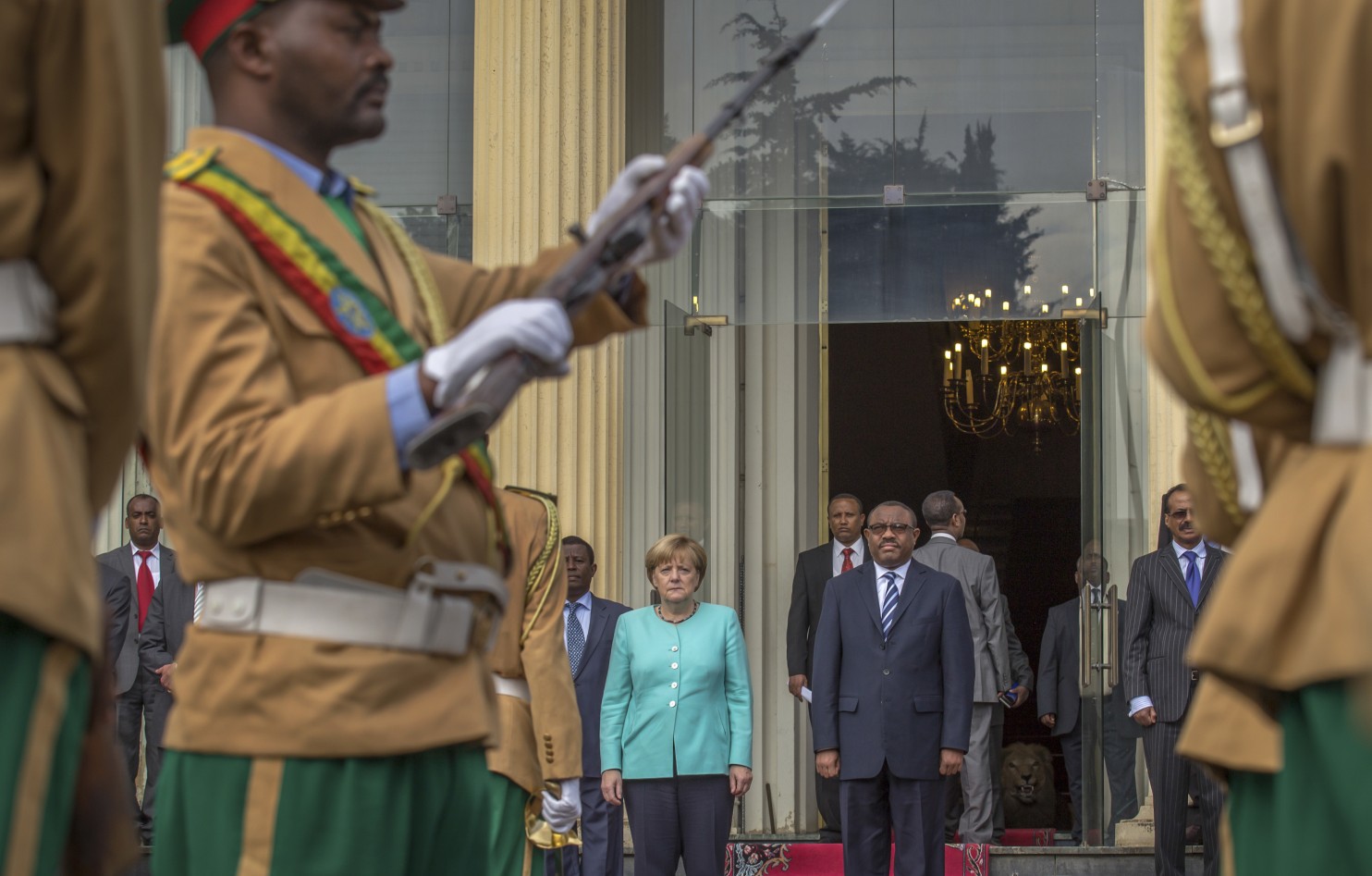 ADDIS ABABA, Ethiopia — German Chancellor Angela Merkel signaled support for protesters demanding wider freedoms in Ethiopia during a visit to the country on Tuesday, saying, “a vibrant civil society is part and parcel of a developing country.”

Merkel’s meeting with Prime Minister Hailemariam Desalegn had been expected to focus on the country’s newly declared state of emergency and other issues including migration.

Merkel also said Germany has offered to train policemen in Ethiopia to deal with the demonstrations that have caused this East African country, one of Africa’s best-performing economies, to declare its first state of emergency in a quarter-century.

“We are already working in Oromia to de-escalate the situation there by offering mediation between groups,” she said.

“I would always argue for allowing people of a different political opinion … to engage with them and allow them to express their views because, after all, a democratic experience shows that out of these discussions good solutions usually come,” Merkel said.

The Ethiopian prime minister responded to Merkel by suggesting his government may increase dialogue. “We have shortcomings in our fledgling democracy, so we want to go further in opening up the political space and engagement with different groups of the society,” he said.

Merkel’s African tour, with stops earlier this week in Mali and Niger, is meant to highlight the global migration crisis and discuss security issues. Ethiopia is one of the world’s largest hosts of refugees, with hundreds of thousands arriving from nearby Somalia, South Sudan and elsewhere.

The deaths of more than 50 people last week in a stampede after police tried to disperse protesters led to a week of more demonstrations. One American was killed in a rock attack.

At least 400 people have been killed in anti-government protests over the past year, human rights groups and opposition activists have said. The protesters have been demanding more freedoms from a government that has been accused of being increasingly authoritarian.

Is denial on the rise in America?
Sometimes denial is easier than being afraid or confused.
On Monday, a day after the government declared a six-month state of emergency, Ethiopia’s president announced during a Parliament session that the country’s election law would be amended to accommodate more political parties and opposing views.

But the country’s internet service continues to be largely blacked out after last week’s unrest, which included the targeting and burning of both foreign and local businesses over suspected ties to the government.

The United States and others have called on the government to use restraint against protesters, and the U.N. human rights office has asked for access to allow independent observers into the troubled Oromia region.