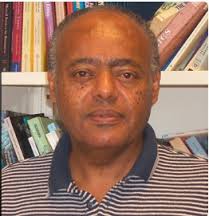 I have read with great interest René Lefort’s article, “Ethiopia’s Crisis Things Fall Apart: Will the Center Hold?” With his usual perspicacity and deep knowledge of Ethiopia’s history and contemporary politics, Lefort analyzes the current crisis with penetration nourished with revealing details, often gathered from well-placed informants. One learns a lot from the article, but paradoxically one is also assailed with questions triggered by a vague feeling that the article downplays the essential factor of the whole crisis.

Lefort explains the current crises by three mutually enforcing factors: they are:

(1) “the weakening of the central authority” following the demise of the strongman, namely, Meles Zenawi, which weakening strengthened peripheral attempts at emancipation;

(2) “democratic aspiration” essentially originating from the sectors which, having benefited from the economic success of the regime, are now demanding for less authority and control;

(3) “collateral damage from super-rapid growth” caused by the exorbitantly unequal enrichment of the ruling elites at the expense of peripheries and ordinary people.

When we combine the three factors, we get one commanding idea: the current crisis of Ethiopia is nothing but an outgrowth of the success of the ruling party. This idea is so pervasive that the whole article criticizes the ruling elite, not for the wrongness of its policy, but for being unable to deal with the negative fallouts of its success except by the intensification of suppression, as evidenced by the proclamation of the state of emergency. Nowhere do we find in the article the suggestion that the main cause of the crisis may be the inherently defective nature of TPLF’s social and economic policy.

Because Lefort perceives the crisis as an outgrowth, and not as the unfolding of an originally bad policy, he believes that the crisis is a call for the ruling elite to undertake the necessary reforms. He is accordingly disappointed by the apparent inability of the ruling clique to respond to the call in a constructive way. Yet, the main question should have been whether the ruling elite is anywhere near to acknowledging that it needs to reform itself. The answer is a resounding no! The proof of this is that Lefort cites senior officials who claim that “the current crisis is simply ‘the price of our successes’. It was preceded and will be followed by others, because it is nothing more than a stage, unremarkable and inevitable, on the path that will undoubtedly culminate in the nation catching up with developed countries in the next few decades.” In the eyes of these officials, the main culprits for the popular unrests are the diaspora, the opposition parties, Amhara chauvinism, the Eritrean government, secessionist Oromo forces, foreign governments, etc.

That is why it is naïve to expect reforms: the TPLF, which is the real force behind the EPRDF, is doing and has been doing what it had planned to do since it became an important guerrilla force, to wit, the establishment of a long-lasting hegemony of Tigrean elite on Ethiopia. For the TPLF, the question was never about the well-being of Ethiopia, but about an all-embracing hegemonic control of Ethiopia, one of its essential means being the policy of divide-and-rule or ethnic federalism. Accordingly, the ruling party sees the popular uprisings as nothing more than attempts to stand in the way of the hegemonic project. As such, they are not to be tolerated, but instead crushed violently and without mercy.

Unless the hegemonic agenda is viewed as the core issue, the intrinsic depravity of the regime does not stand out. Thus, Lefort makes the mistake of characterizing the federal government as a “center” opposing peripheries. In reality, the TPLF did not create a non-regional or cosmopolitan state machinery and elite, as did the imperial regime or the Derg; rather, what we have is a system of tight control of peripheries by a regional elite whose defining feature is its awareness of illegality inscribed in its minority status. This control is the very obstacle that blocks democratization and a fair distribution of resources. In a system constructed to perpetuate the hegemony of one regional elite, there cannot be fair distribution, any more that there can be an all-inclusive economic growth.

The main cause of the crisis is, therefore, neither the weakening of the center, nor the emerging democratic aspiration, still less the negative consequences of rapid growth; the main cause is the ethnic factor, that is, the economic and political dominance of a regional elite. What is needed is not the reform of the regime, but the dismantling of the hegemonic structure. The negative consequences are not regrettable or avoidable outgrowths, nor are the democratic aspirations derived from economic prosperity. They are but the very application of the original intent of the TPLF. They are not mistakes or deviations; they are implementations of an originally divisive political program, the only one liable to safeguard the supremacy of a minority elite. Far from engaging in reforms, the TPLF’s reaction to the popular demands will model itself on its close relative, namely, the Syrian regime. The proclamation of the state of emergency is the first step in a gradual escalation toward civil war.