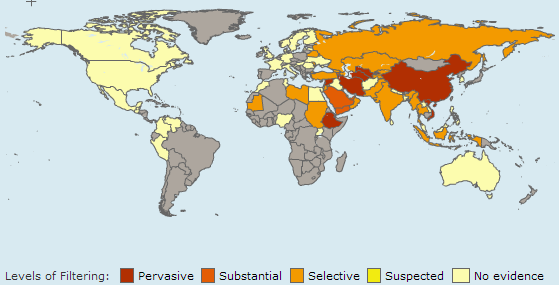 The OpenNet Initiative, a collaborative partnership of three institutions: the Citizen Lab at the Munk School of Global Affairs, University of Toronto; the Berkman Center for Internet & Society at Harvard University; and the SecDev Group (Ottawa) has published a complete list of blocked web sites in Ethiopia.

The complete list of blocked URLs, as well as the lists of URLs tested, can be found in the following:

Important note about testing data: The absence of a particular URL from the list of blocked URLs is not necessarily an indication that the content is accessible in Ethiopia. In some circumstances, issues encountered during data collection prevent confirmation of the status of a given URL.