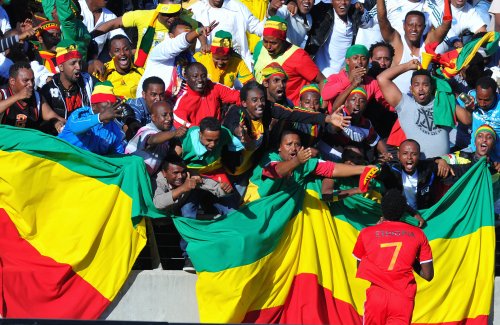 Ethiopia stayed top of Group A in their Brazil 2014 World Cup qualifiers after collecting the three points off the visiting Botswana on Sunday.

The Walias left it until late in the game to beat Botswana 1-0 in Addis Ababa.

Kebede had only been on the pitch for 42 minutes before his goal after replacing midfielder Adane Girma in the 46th minute.

Meanwhile, victory left Ethiopia still unbeaten in Group A from three games and to collect their second home win in the race to Brazil.

CAR are third on three points from as many games played.

Meanwhile, Botswana stay rooted at the bottom of Group A with one point from three matches ahead of the reverse fixture against Ethiopia on June 6 in Gaborone.

Victory in Botswana in June for Ethiopia will surely end The Zebra’s interest in the race to potentially turn Group A into a two horse race with Bafana Bafana ahead of their penultimate meeting on June 14 in Addis Ababa.