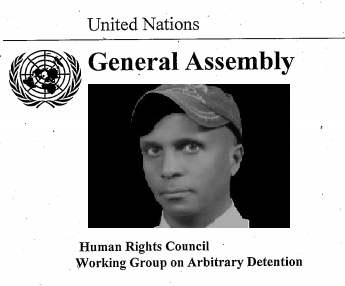 (April 1, 2013, Washington, D.C.) – In an opinion released today by Freedom Now, the UN Working Group on Arbitrary Detention found the Government of Ethiopia’s continued detention of independent Ethiopian journalist and blogger Eskinder Nega a violation of international law. The panel of five independent experts from four continents held that the government violated Mr. Nega’s rights to free expression and due process. The UN Working Group called for his immediate release.

Mr. Nega is serving an 18-year prison sentence on terror and treason charges in response to his online articles and public speeches about the Arab Spring and the possible impact of such movements on the political situation in Ethiopia. Arrested in September 2011, Mr. Nega was held without charge or access to an attorney for nearly two months before authorities charged him under Ethiopia’s widely criticized anti-terror laws. This is the eighth time during his 20-year career as an independent journalist and publisher that the Ethiopian government has detained Mr. Nega. His appeal has been repeatedly postponed, most recently on March 27, 2013.

In the attached opinion, released in conjunction with an op-ed by the renowned Ethiopian opposition leader and former prisoner of conscience Birtukan Mideksa, the UN Working Group found that the application of overly broad anti-terror laws against Mr. Nega constituted an “unjustified restriction” on his right to freedom of expression. The UN Working Group’s opinion also recognized “several breaches of Mr. Nega’s fair trial rights,” further rendering his continued detention arbitrary under international law.

“The Ethiopian government cannot continue to use anti-terrorism legislation to muzzle the work of independent journalists, even when it does not like what is being reported,” said Freedom Now Executive Director Maran Turner. “The targeting of journalists by resorting to overly broad anti-terror laws, just like the use of anti-state charges in the pre-9/11 era, is a violation of the internationally protected right to free expression and undermines international efforts to address real security threats.”