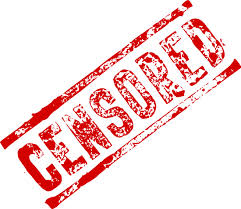 ADDIS ABABA: Worries are abounding in Ethiopia that the government is preparing to pass new legislation that would censor almost all forms of media, both traditional and new.

The Ethiopia Radio & Television Agency is also participating in the drafting process of the new law.

Activists and journalists and have lashed out at the government, saying it is a way of stifling any dissent and opposition to the government’s policies.

“We are fed up with this and hope that it will not come and happen because it would mean the end to any semblance of freedom of speech in the country,” 29-year-old activist and blogger Geteye told Bikyanews.com.

“We cannot allow the government to stifle our ability to be free and have fair discussions in our media. This is dictatorship.”

The bill is required to regulate Internet, television and radio broadcasts, once the current analogue infrastructure is transformed to a digital system.

“The law is needed, in order to prepare for the management complexities that will follow digitization,” Leul said.

A federal agency will also be established  to administer the broadcasting network and radio waves, with Ethiopian Broadcast Authority controlling the content transmitted on different channels, according to Leul.

It comes after a report suggested that the Ethiopian government was using spyware to keep tabs on activists and opposition leaders in the country, which also angered activists, who have called for the international community to take note of what is happening in the country on freedom of speech issues.