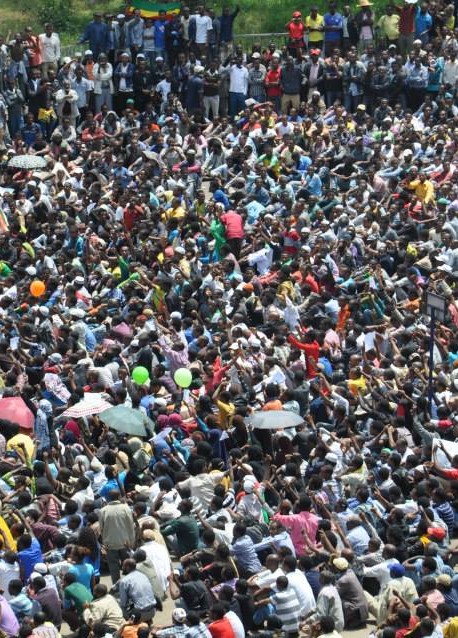 ADDIS ABABA, Ethiopia — Thousands of Ethiopian demonstrators took to the streets of the capital demanding the immediate release of jailed journalists and activists in a rare show of public opposition to the ruling party which maintains strict control over the East African nation.

Protesters marched Sunday along major streets in the capital, Addis Ababa, shouting “We need freedom,” and “We need justice.” The peaceful rally was the first major demonstration since 2005 post-election unrest when security forces killed hundreds of protesters.