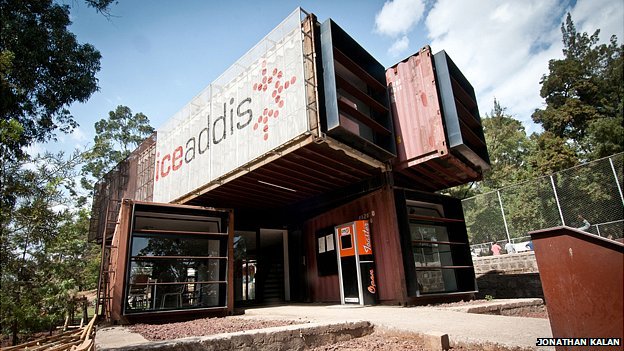 When it comes to technology and innovation, Ethiopia appears a long way away from the rest of Africa’s rising “silicon savannahs.”

The most advanced form of banking in Africa’s second most populous country is an ATM – there are no credit cards and no international banking systems.

Mobile money, which has taken off places like Kenya, has only just arrived, but with significant limitations.

Skype and other VoIP (voice over internet protocol) services are banned for business purposes.

With a lumbering government-owned telecoms monopoly, staggeringly low internet penetration (less than 1% of Ethiopia’s 85m citizens are connected), just 17% mobile penetration, and a very “security conscious” government approach to new technology and services, it’s not the most encouraging environment for small technology start-ups to grow.

But that doesn’t mean some aren’t trying.

“There are a lot of opportunities for techies in Ethiopia,” claims Markos Lemma, co-founder of iceaddis, Ethiopia’s leading technology hub, accelerator and co-working space.