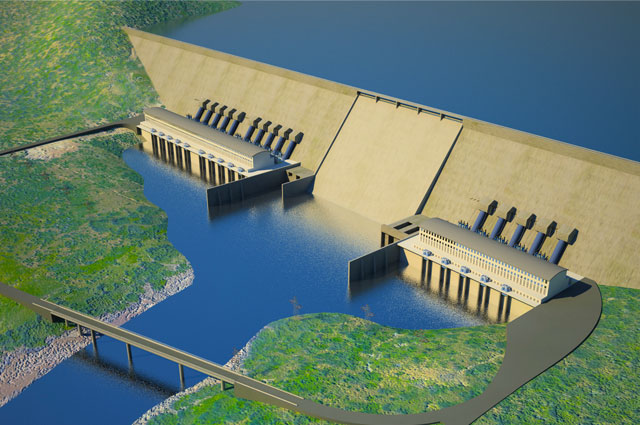 The heat is stifling but the construction workers and red-hatted engineers don’t let up. Mechanized excavators batter into the mighty, arid peaks on either side of the site of Ethiopia’s Grand Renaissance dam, set to be the largest in Africa. The foundations are growing. The dark brown waters of the Nile River flow through the site. But the punishing sun and tough terrain aren’t the only challenges facing the dam’s progress. Downstream, Egypt is furious — and some politicians there have talked in private of war. Ethiopia is defiant. “There is nothing that will stop Ethiopia now from realizing our country’s dream,” says Bereket Simon, an Ethiopian government spokesman, as he walked around the site on a recent morning.

The Ethiopian government believes that the dam, which is due to start generating electricity next year and will be paid for from the proceeds of government bond sales, will become an image of national pride and a symbol of the country’s recent development. Egypt, a country whose identity and economy are already inseparable from the Nile, feels deeply threatened by the project. Egypt’s President Mohammed Morsi said in a speech in Cairo on June 10, “We will defend each drop of the Nile with our blood,” but he has also said that dialogue is the best means of solving the crisis. Not all of Egypt’s politicians have been so diplomatic; during a cabinet meeting on June 3, which was being broadcast by Egyptian state TV without the knowledge of the political figures attending, several told Morsi that he must destroy the dam through any means available.