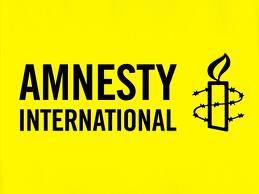 The Ethiopian government must end its use of repressive tactics against demonstrators, following initial reports of widespread arrests of Muslim protestors during this morning’s Eid al-Fitr celebrations, said Amnesty International today.

“We are extremely concerned at reports coming out of Ethiopia this morning of further widespread arrests of Muslim protesters. The Ethiopian government’s ongoing repressive crackdown on freedom of speech and the right to peacefully protest has to end now,” said Claire Beston, Amnesty International’s Ethiopia researcher.

Last week, another incident related to the protests reportedly ended in the deaths of an unconfirmed number of people in the town of Kofele in Oromia region.

During the 18 month-long protest movement against alleged government interference in Islamic affairs, the vast majority of demonstrations have been peaceful. However, there have been at least four incidents involving serious allegations of the excessive use of force by security forces against demonstrators in the long-running movement.  While a few isolated incidents of violence involving protestors have occurred, these have taken place during episodes where excessive police force is alleged.

“These reports of further deaths in the context of the Muslim protest movement are deeply worrying. There must be an immediate, independent and impartial investigation into the events in Kofele, as well as into the four incidents last year which resulted in the deaths and injuries of protestors,” said Claire Beston, Amnesty International’s Ethiopia researcher.

“With further protests planned, it is imperative that the behaviour of the security forces is scrutinised and if enough admissible evidence of crimes is found, suspected perpetrators should be prosecuted in trial proceedings that meet international standards.”

Accounts of last week’s incident in Kofele from the protestors and the government differ widely.

Protestors report that the security forces opened fire on unarmed people who were protesting against the arrests of members of the local Muslim community. One resident of Kofele told Amnesty International that 14 people were shot dead by the army, including at least three children. Another said that 11 people had been killed.

According to media reports, the authorities have said that the protestors were armed, leading to an outbreak of violence which resulted in the deaths of three protestors and injuries to a number of police officers. Government representatives refused to respond to Amnesty International’s queries about the incident.

There are also reports of large numbers of arrests in and around Kofele, Oromia, and further arrests in Addis Ababa over the last week.

Those arrested included two journalists – Darsema Sori and Khalid Mohamed – detained early last week in Addis Ababa.  The two men were working for Radio Bilal, which has regularly reported on the protest movement. Darsema Sori had also previously worked for the publication Ye’Muslimoch Guday (Muslim Affairs), from which two employees have already been arrested during the protest movement, and who are currently being prosecuted under the Anti-Terrorism Proclamation. According to information received by Amnesty International Darema Sori and Khalid Mohamed are being held at Sostegna (third) police station in Addis Ababa and are not being permitted visitors. They have reportedly been taken to court and were remanded in custody while the police continue their investigation.

Reports of arrests and detentions of peaceful protestors and people suspected of involvement in organising the protests have continued throughout 18-months of demonstrations.

Despite many months of large-scale, peaceful protests, the government has repeatedly attempted to paint the protest movement as violent and terrorist-related in statements to the media and in parliament. Amnesty International has received a number of reports of messages aired via the state media over the last week, warning that the authorities would take firm action against anyone who attempted to take part in further demonstrations.

“This is a violation of people’s right to peacefully protest, as protected in Ethiopia’s Constitution,” said Claire Beston. “The government continues to respond to the grievances of the Muslim community with violence, arbitrary arrests and the use of the overly-broad Anti-Terrorism Proclamation to prosecute the movements’ leaders and other individuals.”

As demonstrations continue, Amnesty International is concerned that the response of the authorities will also continue to involve human rights violations, including arbitrary arrests of peaceful protestors and possible further bloodshed.

The organization urges the Ethiopian government to respect the right of its citizens to peacefully protest and urges an immediate end to heavy-handed tactics in response to the protests. Anyone arrested solely for exercising their right to peaceful protest must be released immediately.

The trial continues of 29 figures related to the protest movement including nine members of a committee of representatives selected by the Muslim community to represent their grievances to the government, and one journalist, Yusuf Getachew, of the publication Ye’Muslimoch Guday. The trial has already been marred by a number of fair trial concerns, including the airing on state-run Ethiopian Television (ETV) of a programme called “Jihadawi Harakat.” It painted the Muslim protest movement and some of the individuals on trial as having connections with Islamic extremist groups, seriously jeopardising the right of the defendants to be presumed innocent until proven guilty.

The trial is now taking place in closed proceedings, increasing fears that the defendants will not receive a fair trial. Amnesty International believes that the individuals on trial are being prosecuted because of their participation in a peaceful protest movement.

Solomon Kebede, another journalist working for Ye’Muslimoch Guday was recently charged under the Anti-Terrorism Proclamation along with 27 other people, according to information received by Amnesty International.

During 2012 there were at least four incidents in which the security forces were alleged to have used excessive force during the dispersal and arrest of protestors. At least two of these incidents – in the towns of Gerba in the Amhara region, and Asasa in the Oromia region – resulted in the deaths of protestors. Two further incidents in Addis Ababa reportedly resulted in many injuries to protestors. Amnesty International called for independent investigations to be conducted into these incidents, but according to available information, no such investigation has taken place.

Other protests have also been affected by the government’s pervasive intolerance of dissent. The opposition Unity for Democracy and Justice Party has reported arrests of its members in a number of locations around the country in recent weeks. They were engaged in organising demonstrations, handing out leaflets for demonstrations and calling on people to sign a petition calling for the revocation of the Anti-Terrorism Legislation and the release of political prisoners.