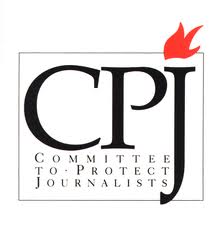 A new survey released Wednesday by the Committee to Protect Journalists indicates 34 African journalists are in jails in northeast Africa.

Tom Rhodes, the group’s East Africa representative based in Nairobi, says the Horn of Africa is particularly problematic because the governments there do not tolerate dissent.

“I think they have been on this list year-in, year-out simply because of the governments’ lack of tolerance towards any kind criticism. Every time a reporter reports something critically, they throw them in jail,” he said.

In Ethiopia, seven of the 34 journalists are in jail.  But the government here insists these reporters are imprisoned for violations of anti-terrorism laws, not because of their reporting.Global rights groups, including Amnesty International, have been critical of these laws in Ethiopia and elsewhere, noting they are often misused to silence the media.

Egypt has cracked down on journalists since President Mohamed Morsi was ousted in July by the military.

And in Eritrea, 22 journalists are in prison; none of them were charged or brought before a court.

Rhodes says it is difficult to get reliable data from Eritrea.

“It is really a closed off country. It is considered the North Korea of Africa. That said, we mostly rely on exiled journalists, Eritreans who fled the country that tell us what’s going on,” he said.

Turkey tops the list of most imprisoned journalists, followed by Iran and China. Other countries in the top 10 list of CPJ’s worst journalist jailers are Vietnam, Syria, Azerbaijan and Uzbekistan.

Worldwide a total of 211 journalists are currently imprisoned.

Wacth the Video from the source: http://www.voanews.com/content/cpj-eritrea-ethiopia-egypt-among-worst-journalist-jailers/1812717.html