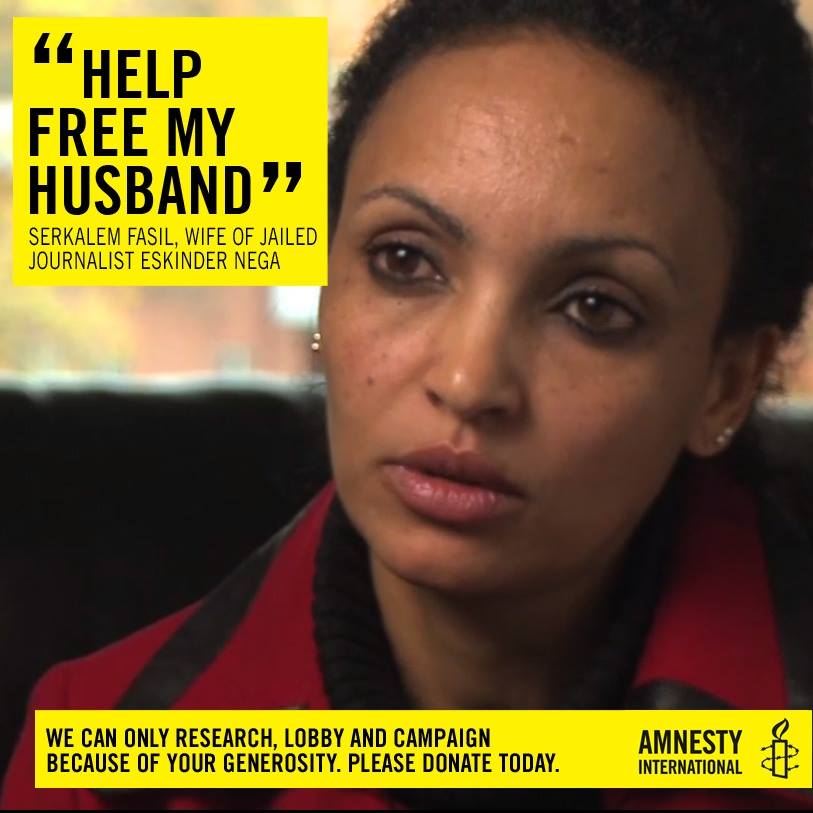 Eskinder Nega has been sentenced to 18 years in prison for telling the truth. Will you help us to secure his release and return him to his family?

As a Facebook fan we know free speech is important to you. By making a donation today you will support our campaign to get Eskinder home to his family and his vital work as a journalist.

When the Ethiopian government used anti-terror laws to silence its critics, Eskinder spoke out in protest. As a result he was arrested for the eighth time and sentenced to 18 years in prison.

Despite the lies and the pain of separation from his wife and son, Eskinder’s hope for the future of Ethiopia and its people is as strong as ever. In a letter smuggled out of prison he said:

Watch Serkalem Addis’ interview and help her  in freeing her husband Eskender Nega.