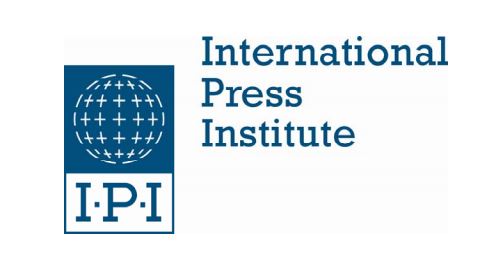 VIENNA, Jan 14, 2014 – Ethiopia’s use of sweeping anti-terrorism law to imprison journalists and other legislative restrictions are hindering the development of free and independent media in Africa’s second largest country, according to a report published today by the International Press Institute (IPI).

Dozens of journalists and political activists have been arrested or sentenced under the Anti-Terrorism Proclamation of 2009, including five journalists who are serving prison sentences and who at times have been denied access to visitors and legal counsel. The report, “Press Freedom in Ethiopia”, is based on a mission to the country carried out in November by IPI and the World Association of Newspapers and News Publishers (WAN-IFRA).

“Despite a strong constitutional basis for press freedom and freedom of information, the Ethiopian government has systematically used the anti-terrorism law to prosecute and frighten journalists, which has put a straight-jacket on the media,” IPI Executive Director Alison Bethel McKenzie said. “Our joint mission also found a disturbing pattern of using other measures to control the press and restrict independent journalism, including restrictions on foreign media ownership and the absence of an independent public broadcaster.”

The report urges the Ethiopian government to free journalists convicted under the sedition provisions of the 2009 measure. These journalists include Solomon Kebede, Wubset Taye, Reyot Alemu, Eskinder Nega and Yusuf Getachew. Mission delegates were barred access to the journalists, who are being held at Kaliti Prison near the capital Addis Ababa.

The report urges the 547-member lower house of parliament to revamp the anti-terror law to ensure that it does not trample on the rights of freedom of speech and assembly provided under Article 29 of the Ethiopian Constitution and further guaranteed under the African Charter on Human and People’s Rights and the U.N. Human Rights Covenant, which Ethiopia has ratified.

In addition, the report:

– Recommends that Ethiopian lawmakers review laws that bar foreign investment in media, measures that inhibit the development of an economically viable and diversified market.

– Urges the courts to ensure that rulings restrict press freedom only in cases of intentional incitement or clear participation in acts of terrorism, and that judges act independently to protect the public’s right to be informed about political dissent and acts of terrorism.

– Urges Ethiopia’s journalists and media owners to step up cooperation to improve professionalism and independence, and to form a unified front to defend press freedom.

The joint IPI/WAN-IFRA mission was carried from Nov. 3 to 6, just ahead of the African Media Leaders Forum (AMLF) in Addis Ababa. The organisations’ representatives met with more than 30 editors, journalists, lawyers, politicians and bloggers, as well as associates of the imprisoned journalists. The delegation also held meetings with the ambassadors of Austria and the United States, a senior African Union official, an Ethiopian lawmaker and government spokesman Redwan Hussien.

The organisations urged Prime Minister Hailemariam Desalegn to free the imprisoned journalists, some of whom are suffering from deteriorating health. In a joint statement issued immediately following the mission, IPI and WAN-IFRA also expressed their commitment to helping improve the professionalism, quality and independence of journalism in Ethiopia.

While the report highlights a long history of press freedom violations in Ethiopia, including a crackdown on journalists and opposition politicians following the country’s 2005 national elections, it notes that the 2009 anti-terrorism law has given the government expansive powers.

“The 2009 anti-terrorism law gave new powers to the government to arrest those deemed seditious, including journalists who step beyond the bounds of politically acceptable reporting or commentary,” the report says. “Armed with statutory authority, the government has not shied from using the laws to bludgeon opposition figures and journalists. Dozens of journalists have been imprisoned or accused of sedition or fomenting unrest, forcing many to flee the country.”

The report notes other forms of pressure by the government. Independent journalists recalled being the target of smear campaigns by state-run media, while editors recounted that managers of the government-run printing press refused to print editions of newspapers containing controversial articles.

The report does note positive developments, such as the growth in advertising and readership for some of the country’s leading independent newspapers. Journalists and newspaper publishers also expressed a desire to improve professionalism, quality and solidarity; although they added that government pressure and laws continue to create hurdles to self-regulation and cooperation.

“We came away from Ethiopia recognising the tremendous potential for a highly competitive, professional and successful media market in Ethiopia,” Bethel McKenzie said. “But to make this happen, the Ethiopian government must remove the roadblocks, starting with the release of imprisoned journalists and then conduct a thorough review of the laws to ensure that reporting on legitimate criticism or dissent is not grounds for prosecution.”

For more information, contact Timothy Spence, senior IPI press freedom advisor for the Middle East and Africa, at +43 (1) 512 9011 or email or email tspence[@]freemedia.at