This is a serious movie that depicts in depth the traumatic times that the  Ethiopian society is undergoing from an ever present past towards an inescapable future.  It is a true portrayal of our contemporary national life, with all its contradictions, misconceptions, misunderstandings, of the struggle to survive a grueling existence amidst a violent social turmoil, of despair and hope. This is not an allegory of some past events, it is about present day Ethiopian society.

It mirrors the enormous disparity between the new urban moneyed class and  the abject poverty of the ordinary people. The fear of the ominous bureaucracy and the indifference of the judicial system are glaringly visible throughout the movie. Particularly, the plight of women in a traditional society still anchored in some brutal practices, and the courage and integrity of the young female lawyer and her elder associate who defy even the highest judicial authority, is a magnificent portrayal of the resilience and courage of Ethiopian womanhood. 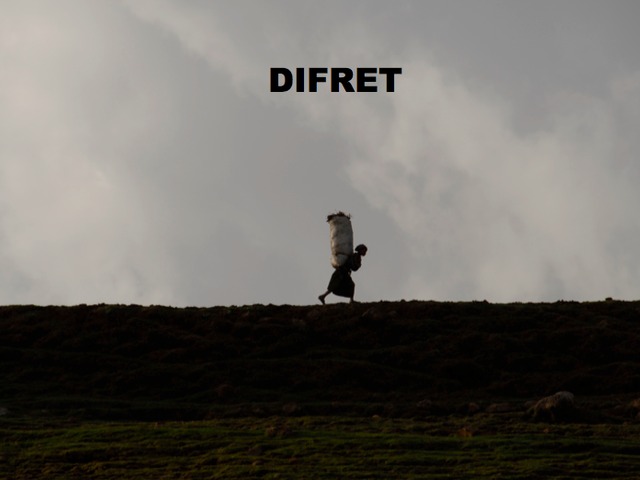 The film was inspired by a true story and is shot in a genuine physical milieu in which it might have occurred. The subject was treated with candor and intellectual honesty, no frills, no special effects, no paraphernalia. Cinema wise I think that the film belongs to a category called “cinema verite”.  However, unlike these kind of movies that are usually shot with hand held cameras, the use of professional gear has enhanced its visual quality. The exterior and interior scenes have been shot meticulously and convey most convincingly the mood and temper of the story. This is not an amusement movie but a profound comment about a society in transformation.

The Director Ato Zeresenay Berhane and the producers Woyzero Dr. Mehret  Mandefro  have shown a keen understanding of Ethiopian social fabric, they represent the promising future generation.  The heroines of the story Hirut and the lawyer Meron  as well as all the other actors have given a wonderful performance. Director Zeresenay deserves high credits for writing the script and for his delicate and skillful direction of non-professional actors into acting admirably in difficult and complex roles.  Compliments are also due to the team of producers, especially to Angela Jolie for participating in this venture and adding to her illustrious work this unique artistic achievement.  This is a film to be seen more than once to seize fully its meaning and significance to our future social development.

We should look forward to other cinematic works by Director Zeresenay Berhane and producer Dr. Mehret Mandefro, whishing them our highest congratulations.