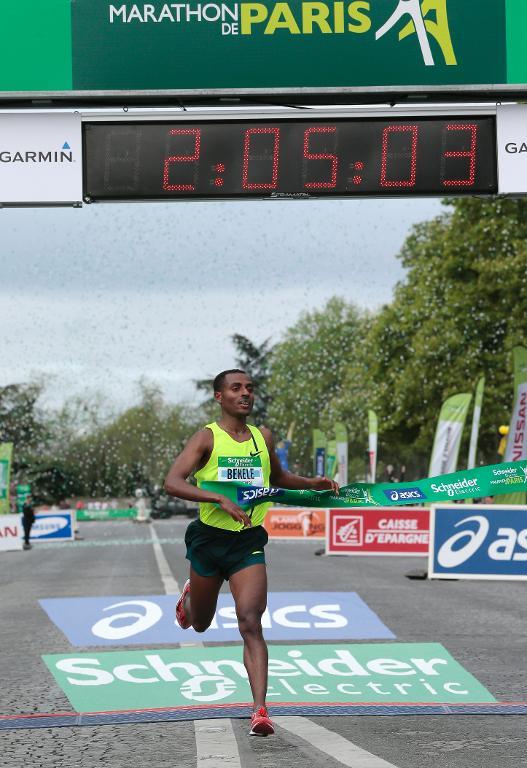 Paris (AFP) – Ethiopia’s legendary runner Kenenisa Bekele notched up another impressive milestone in an already glittering career by winning the Paris Marathon on Sunday, his first attempt at the gruelling event.

The previous Paris record was held by Kenya’s Stanley Wiwott who clocked 2hr 05:10 in 2012.

Fellow Ethiopian Limenih Getachew came home second at 2hr 06.49secs with Luka Kanda of Kenya, the 2012 Rome winner, claiming the final spot on the podium crossing the line in 2hr 08.02.

“It was my first marathon and I didn’t have much experience,” said Bekele, the triple Olympic champion. 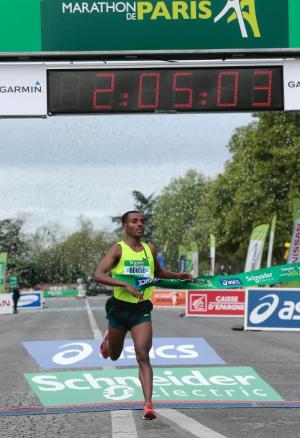 “Now, I know the marathon, I can run faster than that but I have to prepare even more. I’m sure I can run a better time than that. I still have time in my career to do better but I am satisfied.”

Bekele emulated his great compatriot Haile Gebrselassie who also made a successful step from the track to marathon and has the third fastest time in history.

Bekele made his move with about 25km to run and opened up a lead that may have been even more significant had he not struggled with what appeared to be a hamstring problem.

“The hamstring wasn’t good after 25km. It was cramping but it’s ok. I’ll feel it more in the morning,” explained Bekele.

He missed out on the world record which is held by Kenyan Wilson Kipsang who set a mark of 2hr 3min 23secs in 2013 at Berlin.

View gallery
Competitors run on the Champs Elysees at the start of the 38th Paris Marathon on April 6, 2014 (AFP  …

“At 5km from the finish, my hamstring cramped up again and I couldn’t accelerate. I think in the future, I’ll do better but it’s very positive.”

“Yes, the world record is a possibility and a possibility if I can prepare for a longer time. For this marathon, I only had three months of training and that is not enough.

“After the 5000 and 10,000m, you have to train differently and longer to adapt to the change of rhythm. I am sure for my second marathon, I will do better and can perhaps attack the world record.

“Now, Im going to return a bit to the track, the 10,000m, run a few times and after I will decide what I’m going to do. I think there’s a good possibility that I’ll run another marathon in the autumn.

In the women’s race, Kenya’s Flomena Cheyech dominated proceedings, winning in a time of 2hr 22:44secs as she turned in a confident showing with Ethiopia’s Yebrgual Melese second at 2hr 26:21.

“I wasn’t that fast but in the middle of the race, I felt confident and just told myself to keep running,” she added.

The victory for five-time world champion Bekele, who dominated the 5,000m and 10,000m for the best part of a decade, caps a stunning comeback from a debilitating calf injury which kept him out of competition for nearly three years.

Last September, he defeated Gebrselassie and his track rival Mo Farah in his comeback race at the Great North run in England –- his half marathon debut -– outkicking Farah in a sprint for the line.

Britain’s Farah, who emulated Bekele when he won Olympic 5,000m and 10,000m gold at the 2012 London Games, makes his own marathon debut in London next week, but Bekele has opted not to go head to head with him in the English capital.

“Of course I’m going to watch the London marathon because I love to watch other races, marathon or not. I’m a marathon runner now,” concluded Bekele.