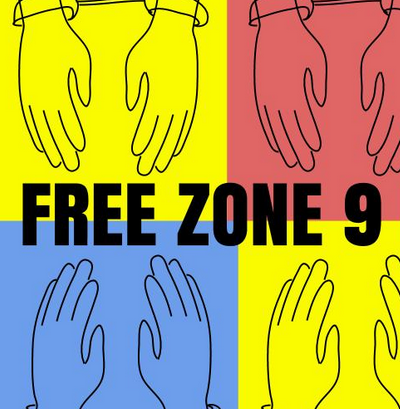 Reporters Without Borders has learnt today that the court in Addis Ababa granted the police investigating the case against the 6 bloggers and three journalists, 28 more days for further investigations. The police notably claimed they were unable to access the Facebook and Twitter accounts of the detainees, which were reportedly disabled after the hearing on May 7th and 8th.

According to the Eastern Africa Journalists Association ’s Secretary general, Alexis Niyungeko. “The request by the police for more time to conduct further investigations clearly shows that the three journalists and six bloggers were arrested without sufficient evidence”.

Following today’s hearing, the news providers are now being officially charged under the country’s infamous anti-terrorism proclamation of 2009, which can carry imprisonments sentences from 5 to 10 years.

During today’s hearing, a witness said that Zone9 blog member Atinaf Berhane complained of sever torture and interrogation throughout the night. The detainees were able to see their lawyers for the first time on May 14th and May 16th, according the defense lawyer Amha Mekonnen. The next hearing is scheduled for June 14th.

Reporters Without Borders is very worried by the conditions in which three journalists and six members of the Zone9 blog collective have been held since their arrests in Addis Ababa on 25 and 26 April 2014, and the way the legal process is being violated.

The detention of the nine news providers, whose trial was initially scheduled for 7 and 8 May, has been extended after the court gave the police ten more days to continue their investigation. The accused are now scheduled to appear before the Arada district court in Addis Ababa on 17 and 18 May.

Defence lawyer Amha Mekonnen told media that he had not been allowed to visit his clients in prison and was therefore unable to properly prepare their defence. ‘‘I have repeatedly tried to see my clients but my requests were denied,” he said, hinting that he might cease to represent them if access continued to be impossible.

Visits by family and friends have also reportedly so far been denied in clear violation of article 21 (2) of the Ethiopian constitution, which guarantees the detained ‘‘the right to communicate with and be visited by spouse, close relatives and friends, medical attendants, religious and legal counselors.”

Reporters Without Borders is appalled by the arrests of a total of nine journalists and bloggers at the end of last week on a charge of inciting violence.

Six members of the Zone 9 blog group’s– Atnaf Berhane, Mahlet Fantahun, Befekadu Hailu, Abel Wabella, Natnail Feleke and Zelalem Kibret – were arrested during coordinated police raids and searches of their homes on 25 April and were taken to the Addis Ababa police investigation centre known as Maikelawi.

The operation came just days after Zone 9 announced earlier last week that blogging was resuming on the site.

Tesfalem Waldyes, a journalist who freelances for the weekly Fortune and the monthly Addis Standard, was also arrested on 25 April, while two other journalists were arrested the next day. They were Edom Kasaye, who used to work for the government newspaper Addis Zemen and is now active on Twitter, and Asmamaw Hailegiorgis, the senior editor of the independent Amharic-language weekly Addis Guday.

All nine were brought before the court on Sunday, 27 April, on charges of “working with foreign organizations that claim to be human rights activists and (…) receiving finance to incite public violence through social media.”

None of the nine has so far had access to a lawyer or been able to contact their family. The next hearings have been set for 7 and 8 May.

“We call on the Ethiopian authorities to immediately release these six bloggers and three journalists, who are not guilty of any action designed to destabilize state authority,” said Cléa Kahn-Sriber, the head of the Reporters Without Borders Africa desk.

“This wave of arrests is a flagrant violation of article 29 of the Ethiopian constitution, which guarantees the right to ‘seek, receive and impart information and ideas of all kinds.’ By means of their blogs and articles, the people who have been arrested helped Ethiopian citizens to reach plural and informed opinions.”

Kahn-Sriber added: “Jailing journalists and bloggers has the effect of nipping democratic development in the bud. At a time when the situation in Ethiopia is about to be the subject of a Universal Periodic Review by the UN Human Rights Council, we urge the government to respect its national and international obligations to guarantee freedom of information.”

Waldyes is respected by colleagues for his integrity and sense of moderation. At the time of his arrest, he was finishing an article on Ethiopia’s textile industry. After working for the Addis Neger newspaper until its closure under government pressure in 2009, he fled to Uganda and continued working there until his return to Ethiopia in 2012.

Hailegiorgis’ newspaper, Addis Guday, is known for its acerbic criticism of the government and was fiercely criticized itself in a recent article in the government daily Addis Zemen, which questioned the ethics of seven independent print media. Addis Zemen often functions as the government’s mouthpiece in smear campaigns that sometime presage more heavy-handed measures against independent media. This was the case with Addis Neger in 2009.

Zone 9 describes itself as “an informal group of young Ethiopian bloggers working together to create an alternative independent narration of the socio-political conditions in Ethiopia.” Several media professionals consulted by Reporters Without Borders said the group did not hesitate to criticize but believed in peaceful change through dialogue.

The blog was blocked by the authorities within Ethiopia soon after its creation in 2012 but remained accessible abroad. The group continued to post information and comments on social networks but, after constant harassment by the authorities, suspended activity seven months ago and did not resume until last week.

Harassment of news providers is not new in Ethiopia. Ever since the parliament adopted an anti-terrorism law in July 2009, freedom of information has been repeatedly suppressed in the name of national security and there have been frequent arbitrary arrests.

Online surveillance is also widespread, with an entire government agency dedicated to this task, according to the recent Reporters Without Borders report on Enemies of the Internet.