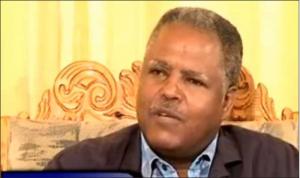 SANA’A, July 2–The Ginbot-7 Movement for Justice, Freedom and Democracy, an outlawed political organization in Ethiopia, claimed on Monday that the movement’s secretary general Andargachew Tsegie has been detained in Yemen since June 23.

According to the organization’s website, Tsegie was arrested at Sana’a International Airport while in transit from Ethiopia to London. Tsegie is an Ethiopian with British citizenship.

The circumstances of his arrest remain unclear.

In a press release published on the official Ginbot-7 website on June 30, the movement said that it had tried for a week to release Tsegie, adding that it had asked the Yemeni government not to hand him over to the Ethiopian government. “We will retaliate in any way and at any place for any harm done to the body, spirit and life of Andargachew Tsegie,” the movement warned.

The Yemen Times contacted the Ethiopian Embassy in Sana’a, which claims to have no information on Tsegie’s alleged arrest so far. The British Embassy could not be reached.

Ethiopian news website Awramba Times cited a senior Ethiopian official as saying “Yemeni authorities will definitely issue an extradition warrant and he will face justice based on the Ethio-Yemeni Security Pact (EYSP), which was signed in 1999 between the late Ethiopian Prime Minister Meles Zenawi and Yemeni’s former President Ali Abdallah Saleh.”

The website’s article did not give any further details of the arrest.

Ginbot-7 is a political movement that was founded by Dr. Berhanu Nega and that, according to its mission statement,  aims to establish a national political system in which political authority is gained through peaceful and democratic means.

The Ethiopian government listed Ginbot-7 as a “terrorist group” in June 2011. Tsegie allegedly survived an attempted assassination in November 2013 in Asmara that Ginbot-7 holds the Ethiopian regime responsible for.