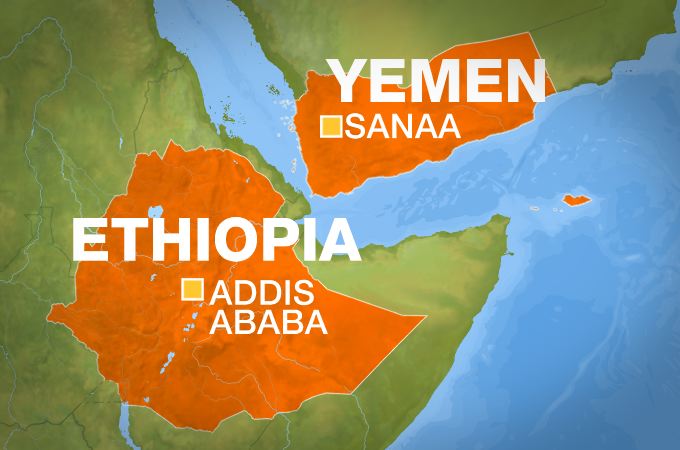 An Ethiopian opposition leader, who was sentenced to death while in exile for plotting a coup, has been extradited from Yemen to Ethiopia, his group says.

Andargachew Tsege, who is also a British national, is secretary-general of the banned Ginbot 7 movement.

The Ethiopian government allegedly requested his extradition after he was arrested in Yemen last month.

European MEP Ana Gomes told the BBC the UK needed to use its political leverage to ensure his release.

The Ethiopian government has not commented on the alleged extradition.

US-based Ginbot 7 spokesman Ephrem Madebo told the BBC’s Focus on Africa radio programme that Mr Andargachew had been on his way from the United Arab Emirates to Eritrea when he was detained during a stopover at Sanaa airport.

Mr Ephrem said that he had spoken to Mr Andargachew’s family who had been contacted by the UK Foreign and Commonwealth Office on Thursday.

British officials told the family that the Yemeni ambassador to the UK had informed them that Mr Andargachew had been handed over to Ethiopia, Mr Ephrem said.

In a statement the UK Foreign Office said it was aware that Mr Andargachew had been missing in Yemen since 24 June.

“Since then UK officials have pressed the Yemeni authorities at senior levels to establish his whereabouts, including meeting with the Yemeni ambassador in London this week,” a Foreign Office spokesman said in a statement.

“We are aware of reports that he may now be in Ethiopia and we are urgently seeking confirmation from the relevant authorities given our deep concerns about the case. We are continuing to provide consular assistance to his family.”

Ms Gomes, who led the European Union observer mission to Ethiopia during the 2005 elections, said she had written to UK Foreign Secretary William Hague about the case.

Mr Ephrem said that the UK government should have intervened in the case earlier.

In 2009, the year before the last elections, Mr Andergachew was among a group of Ginbot 7 leaders sentenced to death in absentia for planning to assassinate government officials; they denied the charges.