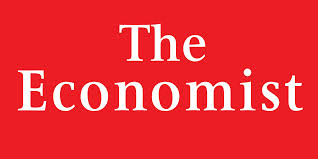 A RANKING that countries do not aspire to ascend is the one compiled by the Committee to Protect Journalists, a New York-based group. It reckons that Ethiopia is Africa’s second-worst jailer of journalists, ahead only of its ultra-repressive neighbour and bitter enemy, Eritrea. Cementing its lamentable reputation, on August 4th Ethiopia briefly resumed the trial of ten journalists and bloggers, nine of whom it has kept in prison since April; one is being tried in absentia. The court proceedings are to start again in earnest on August 20th.

The ten are accused of several offences, including breaches of the country’s controversial anti-terrorism laws. These include having links to banned opposition groups and trying to cause instability via social media. The government says the journalists and bloggers are connected to two groups that it deems terrorist organisations: the Oromo Liberation Front, a rebel outfit that seeks a better deal for Ethiopia’s largest ethnic group, which predominates in the south; and Ginbot 7, a leading opposition movement formed after widespread protests following Ethiopia’s general election in 2005.

The arrests are part of a broader clampdown on the opposition and the media. In June Andargachew Tsigie, Ginbot 7’s exiled secretary-general, was detained in transit through Yemen and flown to Ethiopia. He had previously been sentenced to death in absentia in two separate trials.

On August 4th Ethiopia’s ministry of justice upped the ante by filing fresh charges against five magazines, a newspaper and their publishers, alleging that they were “engaging in incitements that could undermine national security” and promote discord. Readers view the five popular magazines, which have criticised government policies, as an alternative to the rosy narratives of state media. With a general election due next year, this seems to be making the ruling party twitchy.